Early this morning, an app developer friend of mine forwarded an unsolicted email that he recently received titled “[Your App Name] Got a Score of 5 out of 100!”and asked me what I thought of it. I replied “Spam?” and he wrote back and said this…

“I thought so too, but I’m pretty impressed with their interface so far, although I haven’t played with it enough to determine if they offer anything that App Annie doesn’t. They also got funding recently.”
http://techcrunch.com/2015/04/30/mobile-action-raises-2-million-to-help-app-makers-attract-more-users/?utm_source=sendy&utm_medium=email&utm_campaign=new-app-releasese-mailing

Since I hold this friend in high regard, I had to check it out for myself. Keep in mind that I already use quite a few tools so I have a high bar on new platforms claiming to make a difference in this very competitive game. My primary tools (platforms) are Flurry, AppAnnie and AppFigures although I use a few additional (highly recommended) iPhone apps like Appster and Apphop.

The platform is called Mobile Action. The user interface is intuitive and I was able to create an account and start adding a couple of my apps in seconds. I decided to start with my Fast Camera app which has been downloaded over 7 million times. On the first screen, you input your app’s name to search and select the correct app from the results list. The next screen shows all of the keywords your app ranks for so you can add those, add additional keywords, delete some or connect to your iTunes account. You click next and they show you a keyword popularity score for each of your relevant keywords, how many other apps rank for the same keyword and your app’s current rank. You also get an overall visibility score.  Fast Camera received a D- 34 out of 100 which is odd considering it ranks #1 for the term “Fast Camera” but perhaps they get more sign-ups by giving out D’s and F’s up-front than they would by giving out A’s and B’s where appropriate. They even gave Camera+ a C (63 out of 100) and it is the best selling Camera app of all time ranking #1 for the word “camera” and much more.  You can add additional apps in the same manner if you have more than one. It’s not clear whether these are all based on the U.S. store and wasn’t clear to me where you could change the country for the keyword rankings.

After establishing keywords and competitor apps, you move on to Competitive insights although the most important part of that dashboard requires a premium subscription (estimated downloads). There is also a review analysis screen but that appeared to be non-functional or broken. I chose my Fast Camera app and set the custom date range to April 1, 2014 through today and it didn’t show any reviews. (We have a lot of reviews)

Next you move on to their “Action Plan” sheet which is probably the most helpful part, even for an experienced developer. Sometimes we just need action steps to walk through one by one (like finishing your LinkedIN profile) and statistics without recommendations are typically useless. There is also a Trends section and a Promotion (Campaigns) section but I haven’t gotten into those yet.

Overall, I would recommend any app developer to at least sign up and check this out. The keyword rankings are useful and if you walk through all their recommended action steps one by one, it will make a difference. I’m not recommending you give them access to your iTunes account unless you develop your own sense of trust with the company. Remember, these companies make a LOT of money on the intelligence data and if you have high-ranking apps with lots of paid sales and/or free downloads, giving them access to your reports for free gives them another key data point they can use in their predictions models.

Full disclosure: Because I liked what I saw and decided to upgrade to the Premium paid subscription, I contacted the company and was offered a reduced subscription price for writing an honest review of this platform. They were not shown this blog post before publishing and did not influence it’s content in any way. 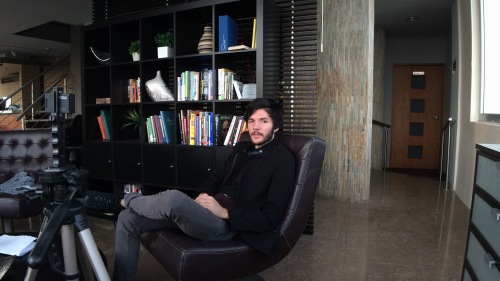 This was shot on the RED EPIC-X DRAGON 6K Cinema Camera with a Canon 10-22mm Lens at 14mm about 30 minutes after sunset.

On Wednesday when iOS 6 came out, I spent some time analyzing the various changes to the mobile app store. Below is a freeform list of my observations. Jeff Scott at 148apps.com published his story, titled App Store Changes in iOS 6 Lead to Developer Concern yesterday utilizing some of my research along with his own insightful observations. 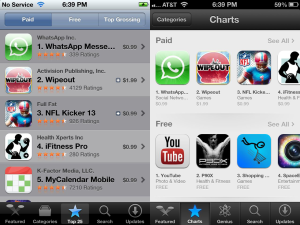 CATEGORIES BUTTON CHANGE
1. They have relegated the prominent “Categories” Tab at the bottom of the mobile app store to a position on the upper left and replaced it with a new “Genius” Tab (Moved from the top of iOS 5 app store).

NEW BUTTON REMOVED
2. They have completely REMOVED the “NEW” button that used to be at the top next to Genius button. This is likely because they are simply way too many “new” iOS apps everyday that this is no longer helpful like it was.

FREE APPS MOVED TO MAIN VIEW OF CATEGORIES
4. If you tap “Top 25” on iOS 5 you are presented with the top 25 paid apps and you have to go out of your way to tap the less noticeable “Free” and “Top Grossing” tabs. If you tap “Charts” on iOS 6, you are presented with three rows (two fairly equal weighted and the other below the fold). This gives MUCH MORE prominence to the Top Free Apps and so I predict Free apps and Freemium apps will see a big boost after today.

MUCH SMALLER PRICES
6. In the new charts, the price MUCH SMALLER relegated to tiny gray text under the category name.

SHORTER APP NAME
7. The app name in charts/categories is also now truncated at 9 characters instead of 14 so that “WhatsApp Messe…” on iOS 5 becomes “WhatsApp…” on iOS 6.

STAR RATINGS AND RATINGS COUNT REMOVED
8. The VERY prominent Star Rating and Ratings Count in iOS 5 has been removed from the charts list in iOS 6 which will hurt 5-star apps, help lower-rated apps and favor ICON design and app name over customer ratings.

MAJOR CHANGES TO DETAIL VIEW
9. On detail view for iOS 5, the icon is bigger, the price is subdued in gray instead of Blue and Apple has made it MUCH easier to access Reviews by moving the button for that to the top of the page. (See screenshots of top and bottom of WhatsApp Messenger Detail Page)

DESCRIPTION TRUNCATED AND MOVED BELOW SCREENSHOTS
10. In iOS 5 app store app, the description was EVERYTHING because it was at the top of the detail view. Developers spent tons of time on the first few sentences. In iOS 6, the screenshots are moved to the top giving those much more prominence and relagating the description to a sidenote since users are likely to be attracted to the new prominent “reviews” tab before they ever get down to reading the description. Apple also used to show the entire description on a long-scrolling page and now it is limited to 5 lines and a “More” down arrow button.

APP STORE RATINGS CHART ADDED TO DETAIL VIEW
12. Before, when you tapped to see reviews in iOS 5, you just saw the average, now you are shown a big chart that breaks it down like in iTunes.

NEW “RELATED” TAB ADDED TO DETAIL VIEW
13. Next to “Details” and “Reviews” is a new “Related” button which should favor developers with lots of apps.

ALL CATEGORIES NOW SHOW TOP GROSSING
14. This is a major change. Category Lists used to have a Paid tab, Free Tab and Release Date Tab which defaulted on first view to Paid. Now the Release Date section has been replaced with Top Grossing and all three lists are presented in rows on the main first page view.

FIRST LAUNCH OF iOS 6 APP STORE SHOWS APPLE APPS
15. When I first launched the App Store on iOS 6, I was presented with a page showing all of Apple’s Free apps and reminding me to download all of those. Find My iPhone is NOW the #1 Free Utility because of this change.

SEARCH RESULTS VIEW MAJOR CHANGE
16. Before, when you use “Search” on iOS 5, you would see a long list of results (first 5 above the fold) and the star ratings and number of ratings was very prominent. Now, in IOS 6, you see exactly ONE result with a larger icon and a screenshot. You have to swipe left to see more results.

We launched our latest game creation BUNGEE BIRDS ($0.99) in the App Store today! If you own any iOS device (iPad, iPod Touch, iPhone), please buy it and leave an honest review on iTunes TONIGHT. Message me if you reviewed and I will owe you one. Thanks! 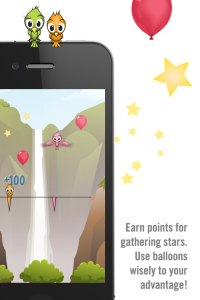 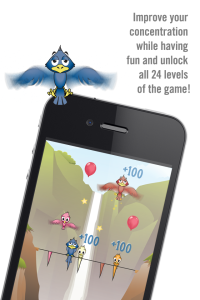 SignNow:
I needed to fill out and sign a PDF form today and fax it to another country. I didn’t have a printer or fax machine available. Only my iPhone 4S. I used SignNow to import the PDF from my email using “Open-In” and then inserted text and signature then emailed that to myself.

PDF to Image
I use eFax app for iPhone to send Faxes which does not allow PDF attachments so I was looking for an app that would convert a PDF in my email to an image (TIFF or PNG) at high resolution and then attach to an eFax and send a fax from my iPhone.

Combine this with Sign Now and I can fill out and sign a PDF form, email to myself from SignNow, then open that PDF from my email via tap-hold “Open-In”, convert to PNG at 200% for better text quality, save to my Camera Roll then attach as a photo to an eFax and fax to a fax machine. Only bug is the PDF doesn’t show when you open-in from email. You have to force quit the app and relaunch to see it.

Genius Scan:
This app fills in the paperless blanks by providing an iPhone alternative to the awesome ScanSnap Office Document Scanner. Just take a picture of each page and build a PDF document. It handles edge detection, cropping, skewing and contrast conversion very well. Combine this with SignNow and you can forward around to have several people sign a document.

Technological advancements in every field continue to erode jobs from our world and local economies.

At the same time, improvements in health care and pharmaceutical science will undoubtedly increase life expectancy, increase the birth rate and decrease the death rate worldwide.

These simultaneous trends will put the human race on a crash course with economic disaster if we cannot invent products, services and entire industries that create more jobs than they eliminate.

An open challenge to the best minds among us. Invent, create, innovate and inspire at the highest level while creating a net-positive number of jobs.

Humanity expends a great deal of effort in avoiding war, curing disease, reducing fatalities in accidents and natural disasters, increasing the birth rate and extending life expectancy. Let’s make sure our efforts are not in vain by making sure our world can support everyone we are trying to save.

Last night around this time I decided to just disconnect from email, iPhone and Internet for 24-hours. It may not seem like much but it’s really hard to ignore phone calls, emails, Facebook, LinkedIN and App Store Rankings for 24-hours. Perhaps it shouldn’t be so hard. I’ll work on that. 🙂

Why make a PAID app FREE for a day.

The #1 REASON to make a successful PAID app FREE for a day is to get free mass user testing. Even the most successful paid apps don’t get nearly enough downloads per day to generate sufficient ITunes Connect Crash Reports and it is nearly impossible to test your app on every possible combination of iOS hardware and iOS version. Sacrifice some revenues, get the downloads, get the ITC Crash Reports feedback and user support emails, fix the problems and go back to paid. That simple!